Screen Time and Singaporean Transit: How Much is Too Much?

Usage of Devices in Singapore

How much time do you think you spend on digital devices a day? If you guessed anywhere between 6-8 hours, you would only be at about half of what the average Singaporean spends on digital devices per day. The 12 hours a day that Singaporeans spend on devices equals half their day and 3/4ths of their waking hours. In today’s modern workforce, most employees are dominated by desk jobs requiring 7 hours of screen time daily. It’s increasingly important for the world’s white-collar workers to understand the impact those hours can have on their lives.

Singapore lies in the heart of a region that dominates the world in daily internet usage and screen time. But not unlike its Southeast Asian neighbors, the negative effects of such an amount of daily digital screen-time often goes unnoticed or even ignored by Singaporeans. The consequences of too much screen time include, but are not limited to the following:

As one of the most digitally engaged countries in this region, Singaporeans continue to rank below average on AIA’s healthy living index. They also self-identify as being less satisfied with their own health as compared to others in the region.

With the rise of the use in public transportation, so too rises screen time rates throughout the family. Children are increasingly using public transportation to get to school and their parents follow them on their way to work. The Singaporean government has invested huge amounts over the past decade into public transport. This has brought the number of cars in 2019 down to the lowest amount since 2010. With these hands-free modes of transportation that also may take over an hour to complete the journey, Singaporeans resort to their tablets, cell phones, and laptops to pass the time.

Cindy Dermawan, 39, a car-owner who takes public transportation to work says it would take her only 30 minutes to drive to work. “Public transport takes a longer time, but it’s fine because I can leave (work) earlier and still get home within the time that I want… It’s also ‘me’ time … sitting on public transport every morning is something I enjoy, I get to do my own thing, listen to music. Going home, it also means an additional 45 minutes to one hour working on my (mobile). If I drive, I can’t do that.” The money Singaporeans are saving every year from switching to public transport may actually be harming their health. Instead of driving, motorbiking, or cycling they dedicate more time to their screens.

Lack of Discipline in Screen Time for Adults

Dr. Michael Netzley, an academic director with Singapore Management University Executive Development, also agrees that people are getting too much screen time. “The problem is not technology. The problem is a lack of disciplined use of the technology”. As adults, it is easy to regulate screen time in children, but who is there to regulate adults? Over half of the adult population in Singapore admits to having an internet addiction, according to a study conducted by AIA. Thus, making the small nation of 5.6 million one of the most screen-addicted in the world.

Aside from consciously trying to cut back on screen-time, some of the best methods for losing the addiction might include:

While most Singaporeans may never read this article about the effects of too much screen time, you did. So next time you’re on public transport, walking around the city, or around anyone you don’t know, try putting your phone away and starting a conversation with them. I promise all the tweets will still be there when you get back.

Ioanis’ advice on traveling internationally is simple; go, discover, and be open to new experiences.

Check out our other features from Ioanis on Australia and Malaysia. 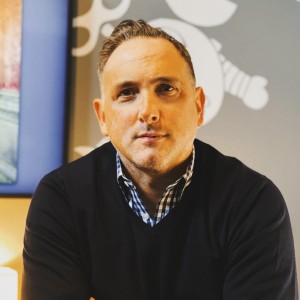 How To Keep Your Professional Identity When Communicating How to Protect Your Business From Insider Threats and Data Leaks